Welcome to our Dry Goods Store!
Look around and pick out something you like!

Elements that pre-dated our planet.

Since mankind first made tools and utensils, items fashioned from these simplest elements made life easier. 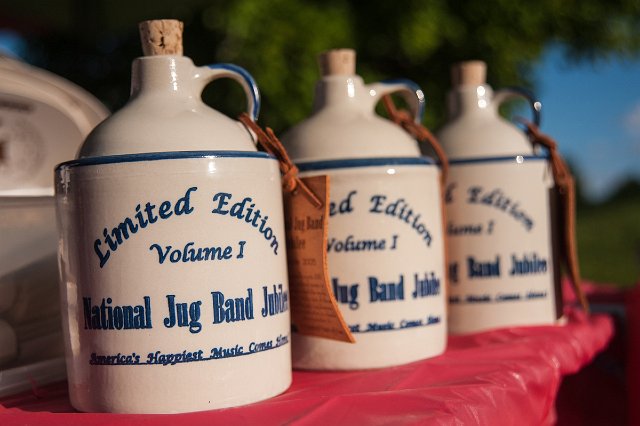 In early 20th century Louisville not all empty liquor jugs became trash. Some became tools in the hands and lips of skilled musicians. Another unique product emerged– Jug band music.

In tribute to those creative and enterprising descendants of slaves, Louisville Stoneware hand-fashioned 100 Limited Edition miniature replicas of those old gallon whiskey jugs preferred by jug band musicians. They are “piggy banks.”

Other Jubilee Merchandise for Sale

Items are subject to sell out without notice.
To inquire about an item, e-mail JuggernautPR@Yahoo.com

Below, you’ll find Jubilee CD’s and digital media for sale.  Thanks for loving Jug Band Music!

These albums are …”not only great for the old hands at jug band music, but a great introduction for those people you know who have no idea what jug band music is all about. Among the five bands, there is an incredible mix of all the styles that go into jug band music.”

“What wonderful CDs! They sound great. Well-recorded–catches the fun of the festival. Not only is each band experienced and talented but they are distinctly different from each other. This is a great representation of the breadth and depth of jug band music.”

Sorry, there is currently no preview for this item.