At the turn of the 20th century, the River City enjoyed the lively, traditional fiddle and guitar tunes of the day like everyone else.

But America’s 18th-largest city was harvesting music from an unlikely source: whisky jugs! The jugs abounded because of the community’s long association with bourbon. By the spring of 1900, jug band tunes were delighting citizens on the streets of Louisville.

In 1903, Kentucky Derby fans first heard the now legendary Louisville Jug Band. The tunes composed and recorded by Its leader, Earl McDonald, continue to have a positive impact on jug bands around the world.  In July 2008, Japan’s Old Southern Jug Blowers released the CD album “The Jug Band Special” as a tribute to the 1920s recordings of Earl McDonald.

That’s the era in which the infectious rhythm of jug bands was serenading steamboat passengers up and down the Ohio River.

In the 1920s, Louisville’s proliferating jug bands were entertaining theater and dance crowds in major cities east of the Mississippi. The popularity of these wonderful homespun tunes swelled in places like Memphis, and soon crossed oceans. Today, jug band music is popular in Europe, Asia and Australia.

This outstanding music, pioneered in Louisville is now popular all over the world!
Courtesy University of Louisville Photo Archives

Jug Blower Earl McDonald has been recommended for the Kentucky Music Hall of Fame. 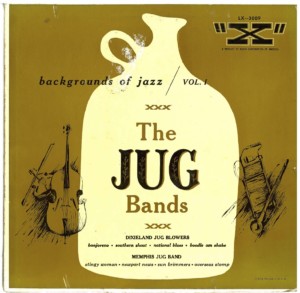 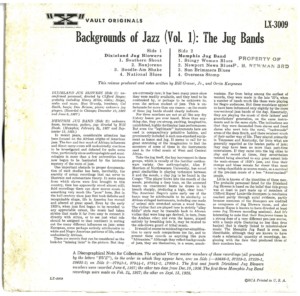